De-Germ It & Call It mine

I keep pacing around the house thinking I could put all the Christmas decorations away. I know some people say to wait until New years, others not until January 43rd. I am getting a bit anxious though. I think it’s just my need to organize things. I LOVE good storage boxes. You can imagine how giddy I get after Christmas when all the storage boxes and organizational tools come out in the stores. It’s like Second Christmas. I will say that an unexpected surprise with that shopping basket my hubby nabbed from the grocery store developed. I told the baby basset’s to grab the basket and walk around the house picking up the little things they keep leaving all over the place. It might be a while before they get the store gets their basket back. I should put it in the dishwasher for a quick de-germing. 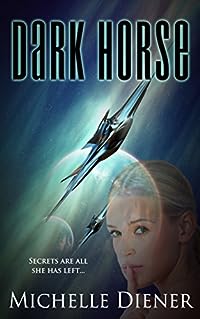 Some secrets carry the weight of the world.

Rose McKenzie may be far from Earth with no way back, but she’s made a powerful ally–a fellow prisoner with whom she’s formed a strong bond. Sazo’s an artificial intelligence. He’s saved her from captivity and torture, but he’s also put her in the middle of a conflict, leaving Rose with her loyalties divided.

Captain Dav Jallan doesn’t know why he and his crew have stumbled across an almost legendary Class 5 battleship, but he’s not going to complain. The only problem is, all its crew are dead, all except for one strange, new alien being.

She calls herself Rose. She seems small and harmless, but less and less about her story is adding up, and Dav has a bad feeling his crew, and maybe even the four planets, are in jeopardy. The Class 5’s owners, the Tecran, look set to start a war to get it back and Dav suspects Rose isn’t the only alien being who survived what happened on the Class 5. And whatever else is out there is playing its own games.

In this race for the truth, he’s going to have to go against his leaders and trust the dark horse.

Winner of a SFR Galaxy Award 2016 and the Prism Award 2016 for Best Futuristic. 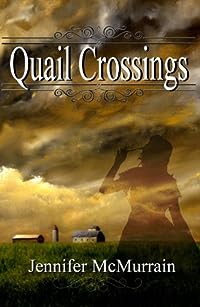 Tragedy has struck the small town of Knollwood, Texas and Dovie Grant finds herself dealing with the loss of her daughter and husband. Despite her grief, she still must fight to bring her remaining family through the already trying times of the 1930s. Her father needs help on their struggling farm, Quail Crossings. She isn’t thrilled that he’s hired a young 18 year old boy who’s caring for his three younger siblings. Surviving her grief, as well as the constant dusters that plague the plains, will Dovie be able to put her pain aside to care for these children or be forever trapped in the darkness of the loss in her family. 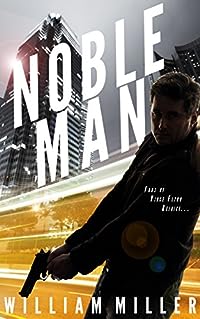 Jake Noble, Special Forces veteran and ex-CIA operative, is living on his boat, trying to scrape together enough money for his mother’s cancer treatments. When the Company offers him 150k dollars to track down a missing girl, Noble has no choice but to delve back into the seedy underbelly of Manila’s sex trade.

With the clock ticking on the girl’s life, Noble will need all of his old skills to survive. Every move he makes unravels another deadly conspiracy and what he finds goes deeper than a random kidnapping… 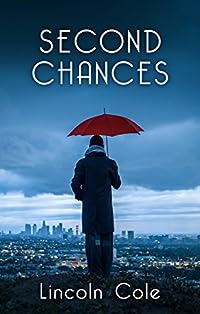 Nichole is caught in a tough position. She is juggling too many responsibilities as her world falls apart. She isn’t sure where she can turn to for help, and she is facing a lot of harsh realities about just how much society can hold her back.

Richard is a corporate lawyer who lost his way. He wants to help Nichole through this heartbreaking situation, but he makes mistakes and loses her trust. He discovers that he’s been doing the right things for the wrong reasons for a long time. Everything begins to fall apart as he realizes he’s swept problems under the rug for so long he might no longer be able to fix them. After meeting an alcoholic who is struggling to take control of his life, Richard wakes up to just how far off-course his life has become and attempts to right it.

Can Nichole and Richard overcome their differences and earn a Second Chance in this multiple award-winning novel? 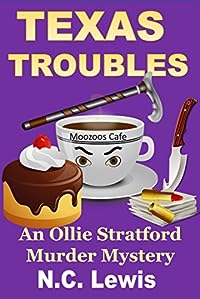 Want to get away from the daily grind? So did Ollie!

Middle aged Professor Ollie Stratford’s been hounded by a psycho realtor, outrun by a bunch of grandma’s, taken advice from sock puppets, stuck in a brimming toilet bowl, and almost run out of college by a drunken professor. How is that for her first few days in a quiet little Texas town she never wanted to live in?

Thrust into the middle of a murder mystery with a dwindling pile of cash and very few leads Ollie starts digging. Along the way, she teams up with an oddball reporter, a dreadlocks flashing lawyer, a grandma who teaches mixed martial arts, and a stray dog named Bodie. Can she discover the identity of the killer in time or will she end up being the next victim?

If you like cozy mysteries, clever animals, southern charm, and coffee, you’ll love Texas Troubles, the first in a fun series of Ollie Stratford Murder Mysteries set in a small Texan Hill Country town, with all its quirky inhabitants.